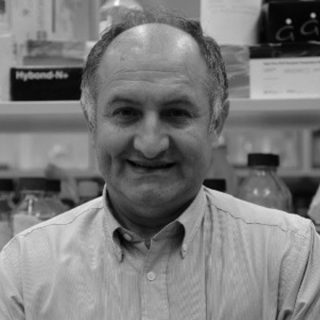 Dimitrios T. Boumpas, graduated from the Medical School of the University of Ioannina in 1983. Following a fellowship in Molecular Immunology at National Institutes of Health (NIH), Bethesda MD, he trained in Internal Medicine at Georgetown University, Washington DC and in Rheumatology-Clinical Immunology at ARB, NIAMS, NIH. Upon the completion of his training, he was appointed an Investigator at ARB, NIAMS, NIH where he served as Deputy and Acting Clinical Director. In 1999 he repatriated to the University of Crete to lead the Departments of Rheumatology, Clinical immunology and Allergy, and Internal Medicine.

While in Crete, Professor Boumpas Directed the Graduate Program on the Molecular Basis of Human Diseases. In 2012 he joined the Medical School, University of Athens where he currently serves as the Chairman of the Fourth Department of Medicine at the “Attikon” University Hospital. He is also an Affiliated Member of the Institute for Biomedical Research of the Academy of Athens.

Dr Boumpas primary clinical and research interests are in the areas of human autoimmunity with emphasis on systemic lupus erythematosus (SLE) and inflammatory arthritis. His work on the treatment of lupus nephritis has shaped immunosuppressive therapy internationally.